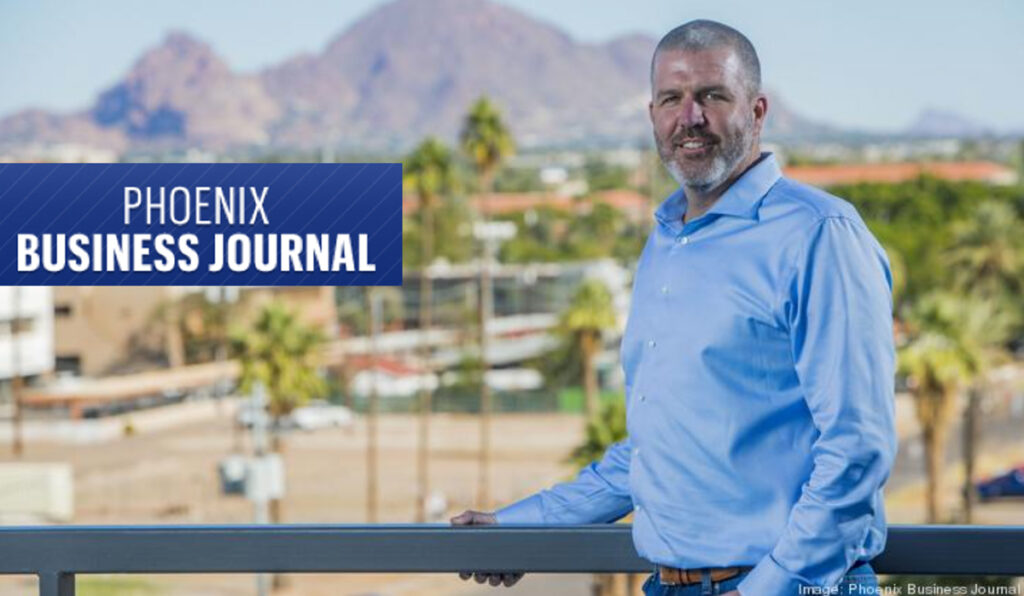 When Gary Shaw was a kid, his mother, a single mom of three children, decided she wanted to start a property management company.

“She came to us and had an idea to start a boutique-type property management deal, I remember it like it was yesterday,” he said.

She named the company Arcadia Property Management because she really wanted to buy a house in the Arcadia neighborhood, he said. Throughout high school and college, Shaw worked various jobs with the company, including doing some accounting work and other jobs for the firm.
After attending college at Arizona State University, he got a job at HP selling computers and other technology supplies, but in 1999, his mom told him the business was growing, and asked him to come work with them. If he liked it, she said she would sell him the business.

Now, Shaw is president of the company, and his mom, Peggy Burgess, is still involved, helping out the chief financial officer and serving as “kind of a utility player” who helps out with special projects.

“It’s fun having that level of experience and resource in the office,” he said.

Shaw said he even commissioned an oil painting of Burgess to be hung in the office.

“She’s been my hero in commercial real estate,” he said. “You see how male dominated it is to this day, and she was doing this back in 1986 and 1987, and she had to be clawing to get any type of work. In boardrooms, you see founder’s portraits hanging, and I wanted a founder’s portrait commissioned. It’s inspiring to say, this woman took a chance.”

I heard you have a patent, what’s it for?

I am a huge fan of water, and I have a patent for a device that does remote monitoring and remote testing for backflows. Every commercial building has a backflow device, which keeps the clean water clean and prevents it from getting contaminated by dirty water. The backflow device creates a safety barrier, but that device has to be tested, and it’s a manual, pain-in-the-ass test. With this new testing device, we can monitor and remotely check the backflow device. We can provide city officials peace of mind, because they can make sure the water they are delivering is actually clean water. There are so many oddball tasks that can be solved with technology. With this particular patent, if you have an office building, you can get a notification, say at night, there’s an uptick in your water use, when usually that’s a time when the building doesn’t use very much water. You can decide, remotely, if you want to shut off your water or keep it on. But the main thing it does is allow you to test the safety of your water over the internet.

What is the status of your device? Is it in production?

We are in version two right now and doing a limited run with a bunch of testing. Then we will decide what we want to do with it, we are considering licensing it to backflow manufacturers, or maybe doing it on our own. We also want to see if cities are interested in using them, because cities have large staffs that are dedicated to processing this information, and instead that staff could be used for more important things.

Have you always been an inventor?

I’m a serial entrepreneur, I think, I’m always coming up with ideas. I have a silly idea daily. My brother-in-law is a talented engineer, and he’s the one that I ask, ‘Can I do this?’ He also has the actionable insight and you’re able to take it from there. I actually said to my brother-in-law, ‘Wouldn’t it be fun to create an autonomous, model boat and have it circumnavigate the world?’ I would have a camera on it, it could take pictures and have stickers from different things, and he said we could do it. So now we are building a boat that is going to circumnavigate the world. It’s a fun weekend challenge that we can work on for the next two years.

How do you like to spend your down time, when you’re not inventing?